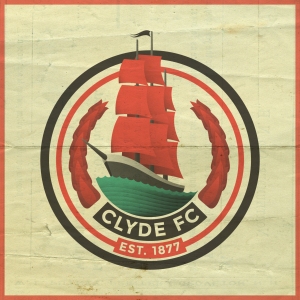 Clyde Football Club was established in 1877. The club’s first home ground was called Barrowfield Park, located near the Glasgow district of Bridgeton, on the northern bank of the River Clyde, from which the club took its name.

In 1891, Clyde joined the Scottish Football League and their first league match resulted in a dominant 10-3 victory over Vale of Leven. By 1898, the club had outgrown their home at Barrowfield and relocated to Shawfield in Rutherglen, where they would compete until 1986.

During the first half of the twentieth century, this modest club, nicknamed ‘the Bully Wee’, had become a formidable side within Scottish football. Clyde won the final of the Scottish Cup three occasions (1938/39, 1954/55 and 1957/58) in six appearances.

By the late 1960s, many urban areas in Glasgow were being cleared for new developments. Large swathes of the population in these areas were forced to relocate to more remote regions of the city. A significant number of Clyde’s supporters resided in Bridgeton, Dalmarnock, the Gorbals, Oatlands and Rutherglen, all of which experienced significant population reduction during this period. Clyde’s support dwindled and the club has bounced around the lower divisions ever since their last spell in the top tier, which ended in 1975.

In addition to bouncing around the lower tiers of Scottish football, Clyde has moved their home several times since leaving Shawfield in 1986. And although they are now based in Cumbernauld (where they have played since the middle of the 1994/95 season and some nine miles north of the River Clyde as the crow flies), they retain their original name.

At the end of the 2018/19 season, Clyde finished second in the League Two (the bottom tier of the Scottish Professional Football League) table, qualifying them for the League One play-offs alongside third-placed Edinburgh City and fourth-placed Annan Athletic. In the play-off semi-final, Stenhousemuir, who finished second-bottom in League One, were drawn against Annan, while Clyde faced Edinburgh City. After dispatching Edinburgh City with a 4-0 aggregate score over two legs, Clyde faced Annan in the two-leg play-off final. Annan came out ahead in the first leg with a 1-0 victory over Clyde, but the Bully Wee made up the difference with their 2-0 victory in the second leg, securing their promotion from the bottom tier.

To celebrate their centenary in 1977, a version of the current Clyde badge came into regular use, though some version of it may have appeared as early as 1934. This badge features a ship in full sail encircled by a floral wreath. My redesign is an update of this badge. To commemorate their three Scottish Cup victories, I have included three sails for each of the ship’s three masts. 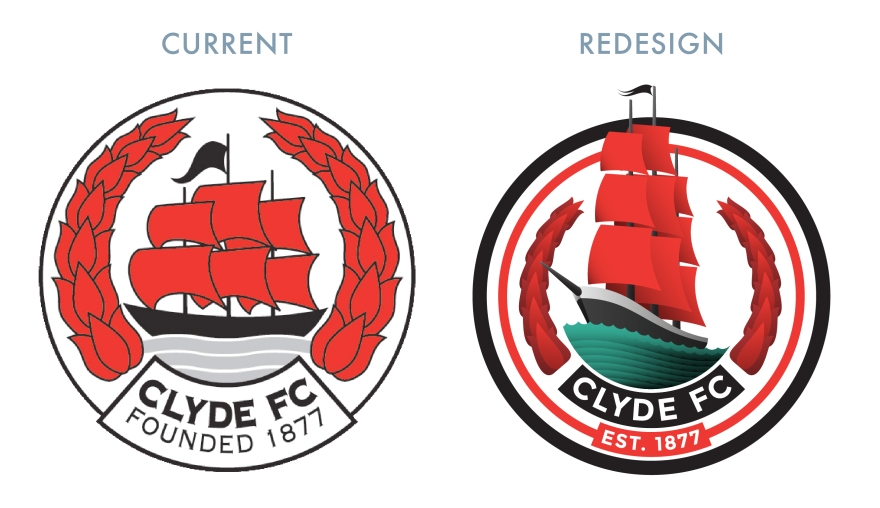 The redesigned home kit is inspired in part by the 2012/13 home kit. For the away kit, I decided to go with an all-red number (used as the third kit colour scheme as recently as the 2019/20 season), a reference to the left-wing political movement known as ‘Red Clydeside’, a major figure of which, James Maxton, served as an MP for the Bridgeton district for more than two decades. 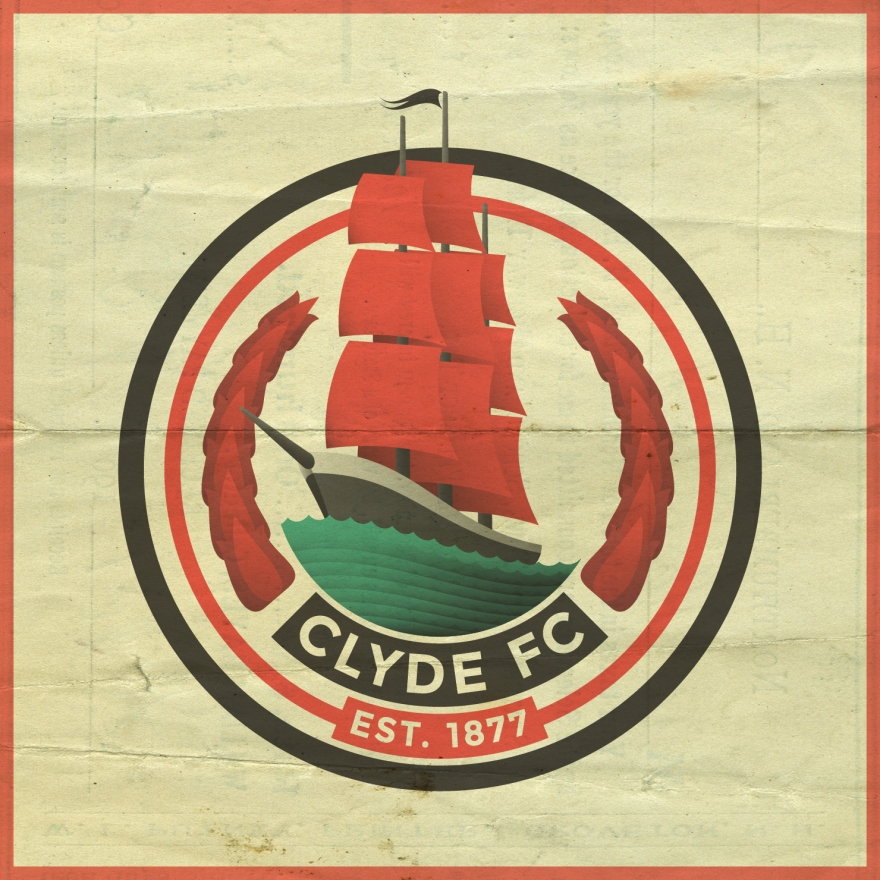