I first began redesigning Scottish football badges in 2013 as a personal challenge. In 2018, I set myself the task of tweaking or completely redesigning my initial rebrandings, and completing badge and strip redesigns for the entirety of the Scottish Professional Football League.

Now that 2019 is upon us, I have decided to embark on the natrual next step on my obsessive design project: the Scottish Highland and Lowland Football Leagues. As things go, historical resources for many of the clubs in these non-professional Scottish leagues are lacking. But I have ventured to utilise as much as the respective club/local histories as is available more readily in order to develop significant and [hopefully] interesting designs. I began with this redesign of the Highland Football League badge.

For this redesign, I decided to go with a black and mustard colour scheme, calling back to an earlier incarnation of the Highland Football League badge. Because the symbolism of the current badge, consisting only of a football and Saltire, doesn’t suggest a relationship with the highlands specifically, I decided to make use to of the strap and buckle found in many of the coats of arms of Scottish clans, which indicates that the wearer is aligned to a particular crest and motto (i.e., the clan chief). I also incorporated a small thistle on the end of the strap. As with the current badge, this redesigned badge is intended to be worn on the left sleeve of each club’s football shirt. 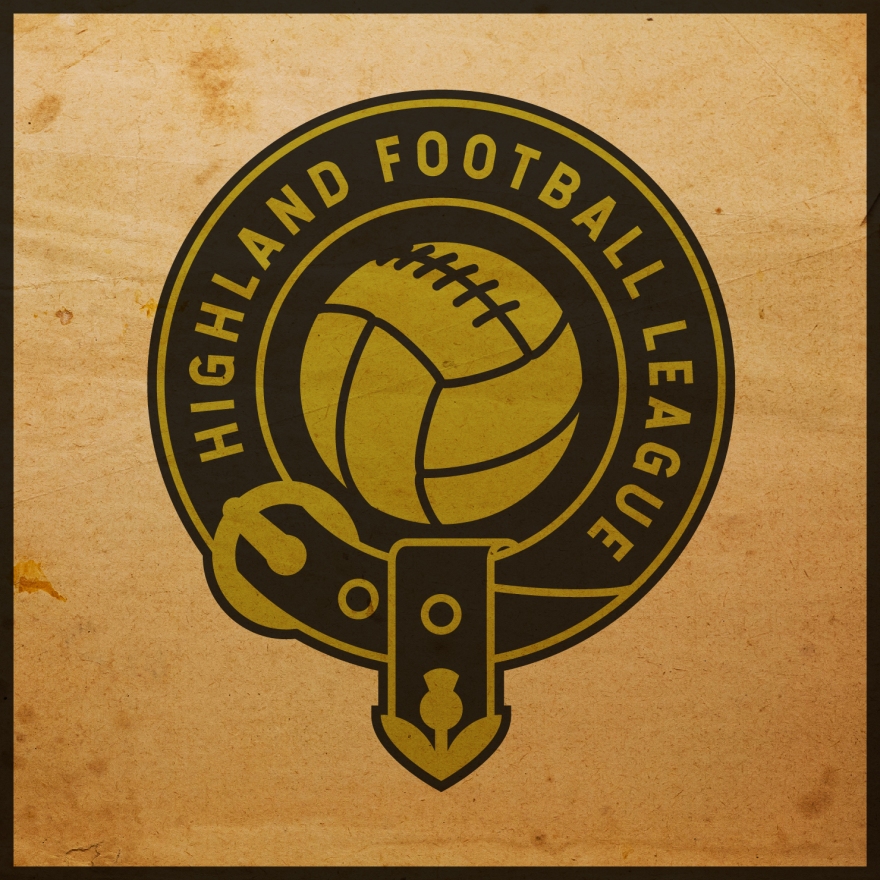