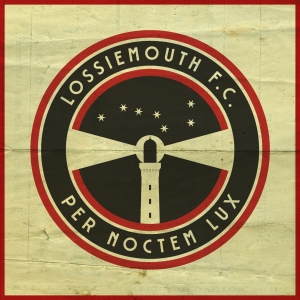 Lossiemouth Football Club was established in 1945 and joined the Highland Football League the following year, where it has played ever since.

Despite competing in the Highland League for nearly three-quarters of a century, Lossiemouth has never won the league, one of only seven HFL clubs to have never achieved the honour (with the remaining six having joined the league much later: Fort William, who joined in 1985, Wick Academy, who joined in 1994, Inverurie Loco Works, who joined in 2001 and Formartine United, Strathspey Thistle and Turriff United, who joined in 2009).

The Coasters have a longstanding rivalry with their neighbours to the south, Elgin City, with City dominating most of their meetings until the early 1990s. The club’s first honour came in 1962, when they won the Highland League Cup. They would not add to their silverware until winning the 1994/95 North of Scotland Cup. They would repeat this victory the following two season and again in 2001 and 2003. The 1996/97 season proved to be Lossiemouth’s most successful, winning both the North of Scotland Cup as well as their second Highland League Cup and finishing the season fourth in the league table, being edged out of the third spot by Peterhead on goal difference alone.

The current Lossiemouth badge features a lighthouse superimposed over a stylised football in red and white, the club’s colours. The lighthouse is a representation of Covesea Skerries Lighthouse, completed in 1846 and located very near the town of Lossiemouth. For my redesign, I wanted to keep the lighthouse image, but decided to depict a version of the lighthouse more true to its actual appearance. As lighthouses function primarily at night and in poor visibility, I depicted a night’s sky in black and a representation of Ursa Major, suggesting the northerly position of Lossiemouth (which sits at the northern tip of Morayshire). I also included the Latin motto PER NOCTEM LUX (which can be translated into English as something like ‘the light through the night’), found on a Lossiemouth and Branderburgh burgh seal from the late nineteenth century. The motto is a play on the town’s patron saint, St Gerardine (or St Gervadius), who, according to legend, would set up flaming torches alone the shore in order to ward ships away from wreckage on the rocks. As Lossiemouth continue to plug away in the Highland Football League, perhaps the prospect of future success can be their ‘light through the night’. 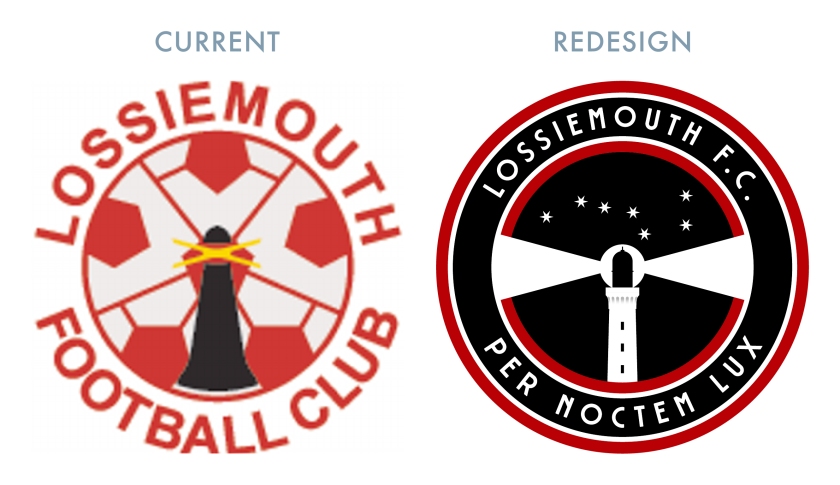 I designed the home kit as a clear homage to another LFC, drawing inspiration from 1982 Liverpool home kit in particular. This colour scheme is reversed in the away kit. 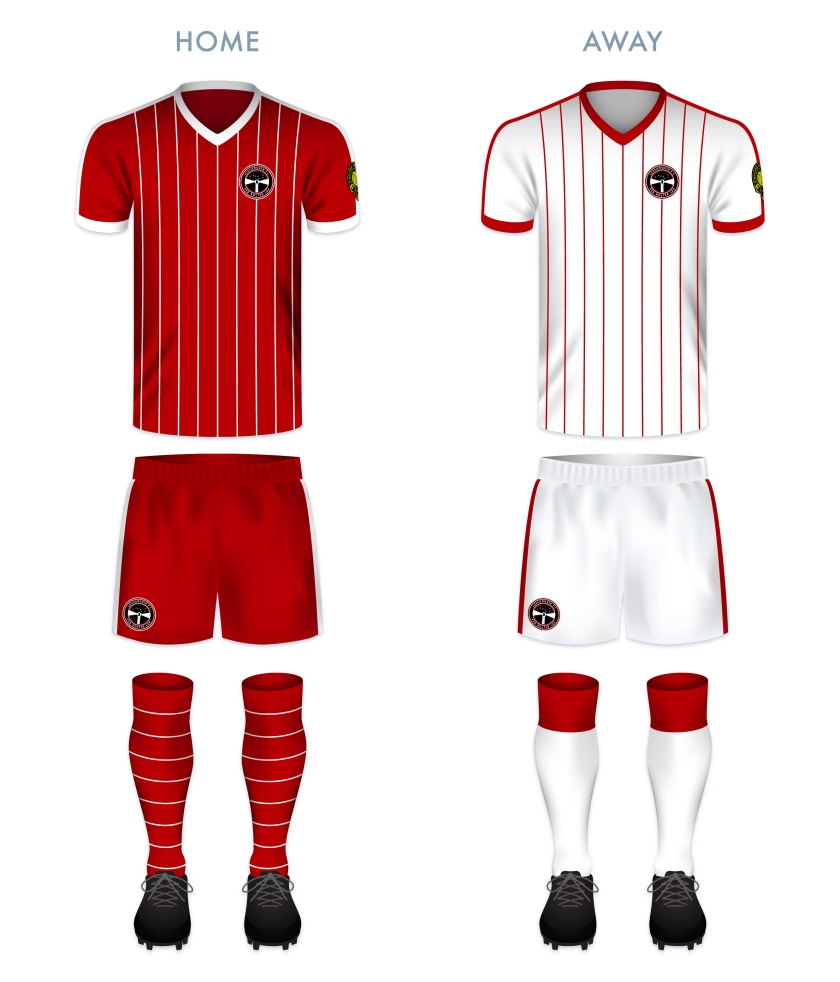