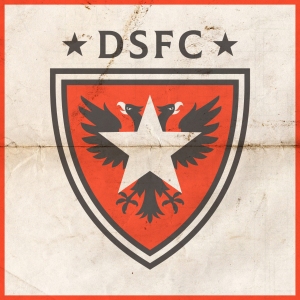 The name Dalbeattie Star Football Club was used as early as 1900 for a team in the Kirkcudbrightshire town which played a number of local friendlies, but it was not until 1905 that Dalbeattie Star began to play competitive fixtures. In 1906, it was decided that the club would compete as a senior side and in August 1907, Dalbeattie Star were admitted into the SFA.

Sporadic local success came to the club until the cessation of football with the outbreak of the First World War. When competition resumed in 1919, the club’s committee decided to pursue professional football, though this proved to be a financial disaster. Even in the midst of financial hardship, the club experienced a number of local honours, winning the South of Scotland League title in 1924/25 and then again for five consecutive seasons from 1920/30 to 1933/34. The following season, the club withdrew from competition for a year and struggled up until the Second World War. In 1948, Dalbeattie Star ceased all operations.

Presumably, the current club badge has been in use for some time. Although the quality of the badge is lacking, it depicts a double-headed eagle taken from the Dalbeattie coat of arms, which itself is taken from the coat of arms of the Maxwell Earls of Nithsdale. For my redesign, I decided to make use of the double-headed eagle and the star, all within a shield. I’ve also added a red background in the hope of making the badge more striking.

For the home kit, I went with the club’s traditional colour scheme and design, namely, the vertical black and red stripes.